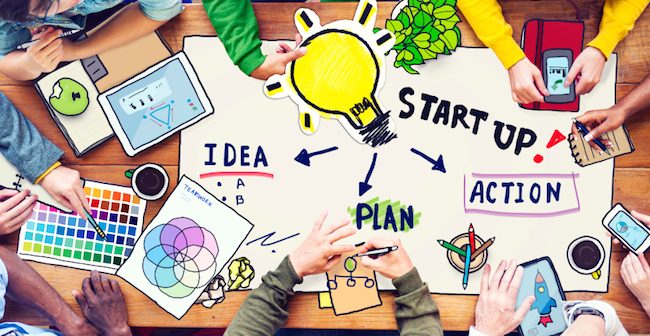 Startup Mindset I wish I Had Known Then

Early stage companies look to scale and as they become successful, they have to take on some of the organizational and process dynamics of big corporations –  how to structure, how to scale execution.

But the more I work with these early stage companies, the more I value and impart some of their managerial competencies and imperatives to my mid and large cap  clients.   In working with startups, a few of the imperatives that I believe we could be well-served to apply in running established corporations:

We develop a budget to achieve all the things we want to achieve; it gets approved.  We progress through the year with our initiatives and plans.  And we spend the money as long as the projects, plans and initiatives we submitted are relatively on track.  I would go so far as to say that in many big corporations, failure to spend the money might mean I won’t get it next year.  Yes, I know, many corporations keep a close eye and even controls on budgeted spend, but generally speaking, I have my year to execute. What this often means is that I might continue on initiatives because I have the year to prove them out; I might get engaged later in the process.  Things are funded.

Startups, while they have a budget, don’t think in terms of things being funded.  Approval to proceed has been granted but every assumption, initiative, product launch is scrutinized and tested. Minimal Viable Products are launched to test. And if results are not there, things get stopped quickly.  The mindset is that every penny must be justified, all the time or things stop and get reallocated.  If things are not working, or if they are exceeding expectations, decisions get made quickly on how to respond. Bottom line, I cannot afford a day where I spend money on something at the expense of something else.

In larger corporations we spend a lot of time managing expenses, cost relative to revenue and margin.  The targets we set tend to be formulaic. We are trying to achieve a cost as % of revenue ratio. We are looking to manage cost as a function of margin.  All good, but we often get caught in the dynamics of percentages.

Startups think in terms of cash flow and burn.  What needs to happen for me to limit my burn? What was the burn last month. How many months of cash do we have left? The urgency to tactically address the revenue and cost line daily!!

If we think we are moving fast, making fast decisions…its nothing compared to the speed imperatives of startups. In fact, it is all about the team’s ability to act fast, build fast, execute fast, gain customer traction fast.  Daily meetings, daily adjustments, daily allocation of resources.

Big companies have big systems, big IT infrastructure, are deployed in many sites.  By default, decision making and execution protocols are different than a startup.  But startups think about technology as accelerators, differentiators.  They build solutions with an eye to scale but don’t spend the money early for scale.  They stay current, think about what is core (keep inhouse) and what can I outsource.  They think about the data they are accumulating and if it has value, if it can be parlayed into product.  Startups use data scientists to look at data and trends from a pattern perspective versus a domain perspective.

Corporations have often lost because they were not willing to risk cannibalizing their profitmaking product by investing in disruption.  Too vested. Often they saw the disruption coming but chose to believe that it won’t succeed.

Startups think the other way. Entrepreneurs are constantly fearful of their product not getting traction quick enough, of a new entrant, disruptor, technology. That fear keeps them vigilant, keeps them current.  Customer validation is paramount and if it doesn’t come, the product and value proposition is scrutinized quickly.  All this creates the imperative to pivot quickly.  Pivots are bold , painful moves. They are the abandonment of a model or business process in which entrepreneur has invested all!!  The brainchild they came up with and founded, for which they succeeded to secure investment (their own, family, friends, VCs) now gets scrapped for a do-over.  Insanely difficult to get to that decision rationally and have the boldness to execute. And yet with good startups, it happens all the time!  Pivots are the norm! Bold moves to pivot, to embrace a new model that destroys the old, to risk everything once again.  I work with one early stage company that since founding 4 years ago, has pivoted three times .  It looks nothing like when it first launched; and it is very successful!

I could have used some of these insights earlier on in my career. I would have acted faster, been more focused…and often would have had better, faster results.

Hans HicklerStartup Mindset I wish I Had Known Then11.12.2017